Be proactive about heart health
June 8, 2015

Be proactive about heart health

Are you fit, but unhealthy: check your ticker

Fitness and health don’t walk hand in hand. People measure fitness in many ways: weight, mass, endurance, etc. Rarely, do people measure the fitness, and consequently the health of their heart. Heart rate recovery is a simple, yet effective way to rule out the potential of future heart problems – I’m talking about life threatening problems. This can be done as a self assessment, and if you use a trainer, they should absolutely be aware of and use this measure, especially if you have a family or personal history of heart complications.

The New England Journal of Medicine released a study in 1999, heart rate recovery which concluded that “a delayed decrease in the heart rate during the first minute after graded exercise, …, is a powerful predictor of overall mortality….” Based on the research, a recovery of 12 beats or less, one minute post peak exercise, was noted as abnormal recovery. In other words, if you work to your peak, for a given set of exercise, and your heart beat doesn’t slow down, 13 or more beats, after the first minute, well – you’ve got a potential problem.

That’s the bad news, but it’s not all bad. Anytime you see a deficit in life, that means you’ve got an upside – room for improvement. Exercise, rest and solid nutrition all work together towards better recovery, and a healthier heart (consistency is key).

Now to the how – you can do this simple, yet important, assessment with your trainer. If you’re not working with a trainer, you should be, or you can self assess, in a couple different ways. The easiest would be to pick up a heart rate monitor (with a chest strap). In lieu of a heart rate monitor, you can find your pulse, in the wrist or neck. Press lightly when checking the pulse in your neck. Do this test once you’ve done your warm-up and you’re in your main work sets. Once you’ve completed a set of exercise (weights, bike, swim, run…) check your pulse. While watching the second hand, count the beats for ten seconds, then multiply by six. You’ll then wait for one minute and check your heart beat again. The important number is 13 beats or greater per minute slower. If your recovering 12 beats per minute or less, then it’s a good idea to see your doctor.

As you progress in your training, it’s always a good idea to check this number. I wear a monitor whenever I train, regardless of modality. You’ll see over time, given the proper programming, greater and greater recovery, and a healthier heart. 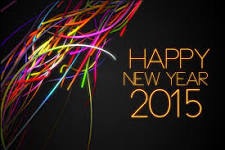